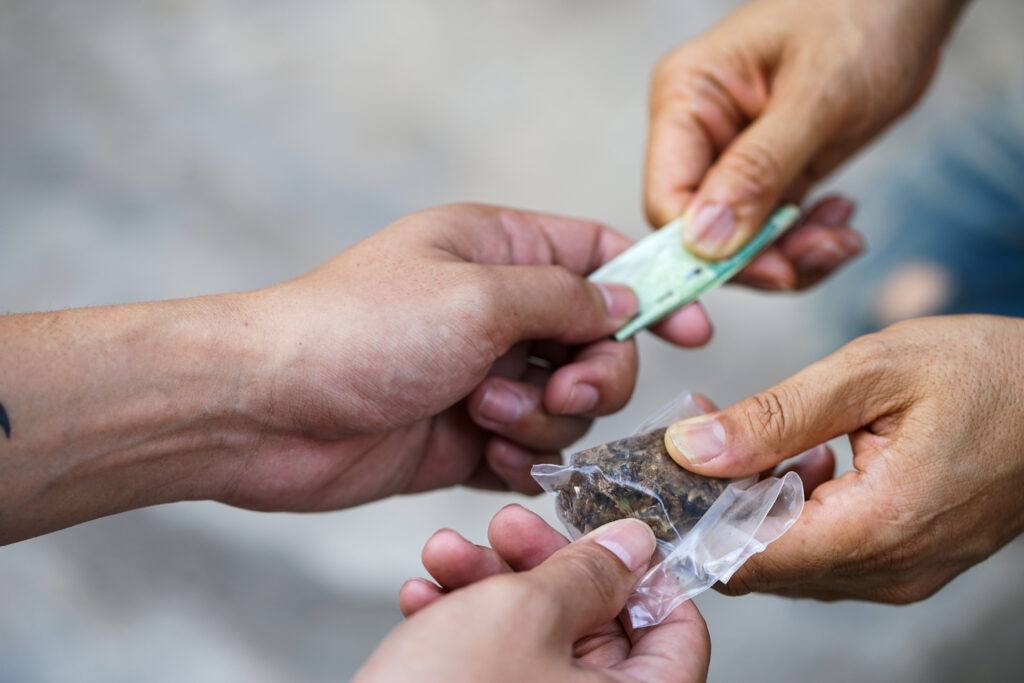 Texas state laws are known for severe drug trafficking and possession punishments. Therefore, if you or a loved one has been charged by law enforcement with drug trafficking or possession. Contacting an experience drug defense attorney is a must. Texas Criminal Defense Group has 20+ years of experience in drug defense and drug crimes cases. Therefore, helping clients get their drug charges reduced or even dismissed.

With many states legalizing marijuana, unfortunately Texas still sustains their punishments for illegal substances. These punishments will depend on the amount of marijuana and the illegal drug charge that goes along with it.

According to Texas Health and Safety section 481.120 states if you knowingly have marijuana, this will constitute as possession of marijuana, and you will be charged.

As stated above, your punishment and penalties for possession of marijuana will depend on the amount of marijuana you possess.

Having possession of marijuana under two ounces will be considered a Class B misdemeanor. In the state of Texas that punishment can be 180 days in county jail and a fine up to $2,000. In addition to, two years of probation. If you possess 2 to 4 ounces of marijuana. You can face up to 1 year in jail and up to a $4,000 fine.

Growing marijuana also known as cultivation of marijuana, in the state of Texas is considered a possession offense. The punishment is dependent on the total weight of the marijuana.

Living in Texas it is easy for delivery, sales, and trafficking of marijuana to take place with living close to both the New Mexico and Colorado boarder. According to Texas Health and Safety Code 481.121 selling up to 7 grams is a misdemeanor with 180 days of jail time with a fine of $2,000.

In the state of Texas under the Health and Safety Code 481.115 makes it illegal to deliver, manufacture or possess any amount of cocaine. Punishments for possession of crack cocaine depends on the amount that is involved during the arrest.

Being in possession of cocaine that is under 1 gram is considered state jail felony. In Texas the prison sentence for such felony is 6 months to 2 years. However, courts may take into consideration if this is a first-time offense, and the sentence can be probated. With that being said, the first-time offender could receive probation.

Bring in possession of 1 to 4 grams of cocaine is considered a third-degree felony. In Texas punishment for such crime would bring a fine up to $10,000 fine and a jail sentence of 2 to 10 years according to the Health and Safety Code. Possession of 4 to 200 grams of cocaine is a felony in the second degree. Which will be a punishment of 2 to 20 years in jail as well as a fine of $10,000.

A first-degree felony for possession of cocaine in the state of Texas is 200 to 400 grams. Being in possession of this amount brings the punishment of jail time to 5 years to 99 years with a fine of $10,000. Possessing large quantities 400 grams of cocaine would bring a fine of up to $100,000 and a prison sentence of 10 to 99 years according to the Texas Health and Safety Code 481.112.

Living in the state of Texas it is a crime to distribute, manufacture or possess methamphetamine. According to The Texas Controlled Substances Act, punishments will depend on the type and number of materials associated with meth. Furthermore, being in possession of meth in the state of Texas. Additionally, will bring a punishment of over a year in prison.

Being in Texas with possession of meth under a gram will lead to 2 years in prison and a fine up to $10,000. If in possession of 1 to 3.99 grams, the state of Texas will consider this a crime in the third-degree which will bring the punishment to 2 to 10 years in prison with a fine of $10,000.

In conclusion, if you find yourself or a loved one facing type of drug possession charges in Texas. You will need an experienced defense attorney to protect your legal rights. You need our skilled and seasoned attorneys at Texas Criminal Defense Group.