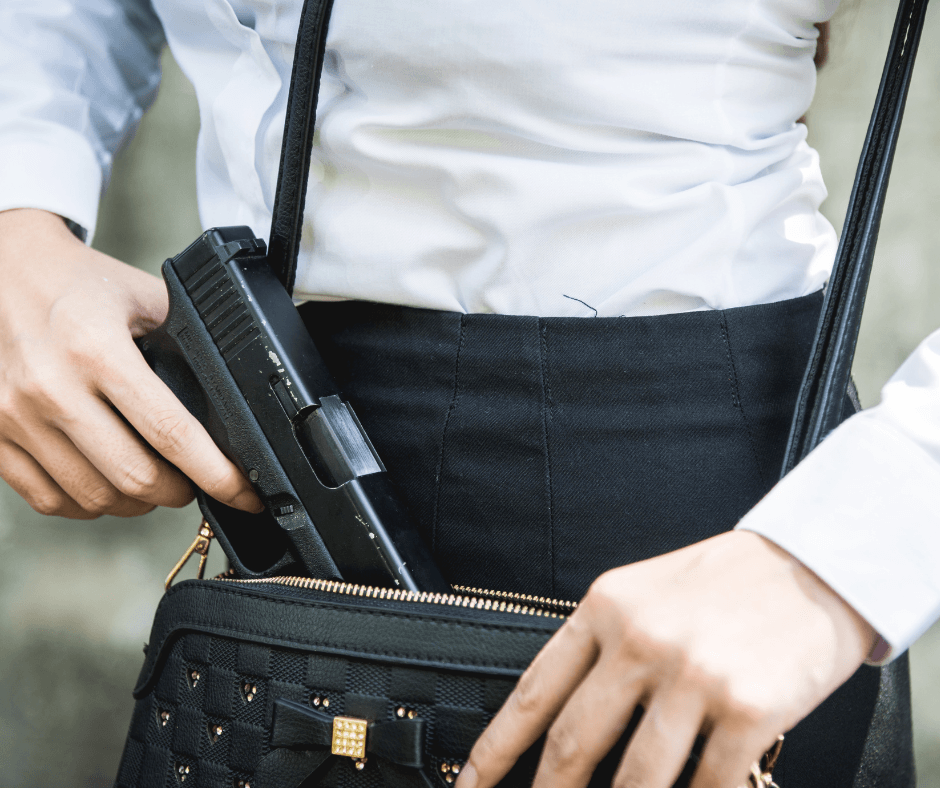 Unlawful Carry of a Weapon

In the state of Texas, you may be wondering if it can be unlawful to carry a weapon. Unlawful carry of a weapon, also known as UCW is an illegal possession of a handgun, club, illegal knife, or other harmful weapons in Texas. Generally, in the state of Texas this would be considered a Class A misdemeanor. However, it could easily become a third-degree felony under some circumstances.

Who Can Open Carry in Texas?

In the state of Texas, anybody over the age of 21 can carry. This law was put into place on September 1, 2021. A person can now carry a handgun in a shoulder or belt holster without a permit both openly and concealed.

However, Texans will have to meet a few requirements.

·     Have no prior conviction of family violence

·     Not prohibited from carrying a firearm under the federal law

·     Cannot be intoxicated other than being in your own residence.

In the state of Texas, you are prohibited from possessing a handgun when committing an offense other than a traffic ticket. This goes even if the individual is in a place to lawfully carry.

For example, say you have your handgun in your vehicle, but the handle is still visible. You decide to go hangout with some friends during happy hour. After happy hour and having a few alcoholic beverages you get stopped by law enforcement and charged with a DUI. In the state of Texas, the officer can charge you with unlawful carry of a weapon because you committed an offense other than a traffic ticket.

Even though you have never committed another offense of UCW, by having the handgun in your vehicle when being charged with a DUI, the officer can charge you with a UCW.

In the state of Texas, and like most states, it is illegal to carry a handgun inside airports. If you happen to forget that you are carrying the handgun in the airport the following could happen.

·     Most likely be arrested for carrying inside a prohibited area

·     You will be charges with Unlawful Carry of a Weapon

In the state of Texas, it is important to note that although you can carry on a college campus, open carry is not legal. You cannot carry handguns in areas such as gun-free zones. These gun-free zones are typically on high school or university campuses.

Other areas that you are unable to open carry would be a place of business that’s main income is from alcohol. Lastly, it is important to note that if any places that hold a visible sign stating handguns prohibited you cannot carry inside those entities.

Punishment for Unlawful Carry of a Weapon in Texas?

In the state of Texas, UCW is a Class A misdemeanor. What this means is that you can receive up to a year sentence in county jail with a fine, but the fine typically will not go over $4,000. However, there are certain areas weapons are prohibited.

These include, liquor stores, bars, airports, college campuses, etc. If you are unlawfully carrying a weapon inside one of these premises, your offense will move up to a third-degree felony. Furthermore, this means prison time up to 10 years and a fine up to $10,000.

Can I Open Carry in Texas?

As of September 1, 2021, Texas law no longer requires people to have a license to carry or permit to carry in order to carry a handgun in most places.

According to House Bill 918, amends the Government Code to make a person who is at least 18 years of age but not 21 years of age eligible for a handgun license to carry a concealed weapon.

Of course, the person applying would need to meet all of the license requirements aside from the age limit and is protected under an active protective order or magistrate’s order for emergency protection.  To learn more, please refer to Texas State Law Library.

Carry a Weapon in a College or University?

In the state of Texas, Governor Greg Abbott signed Senate Bill 11 which is also known as campus carry. This bill states that a person in Texas may carry a concealed firearms on university campuses. However, college presidents have the authority to create gun free zones.

If you live in Lubbock County, Potter County, Randall County, Dallas County, Denton County, Midland County or Tarrant County, contact our law firm Texas Criminal Defense Group today for a review of your UCW case. We are the UCW Defense Lawyers you want on your side specializing in UCW cases. Unlawful Carrying of a Weapon can be serious, and with that seriousness you need a legal team that will fight for protecting your rights.