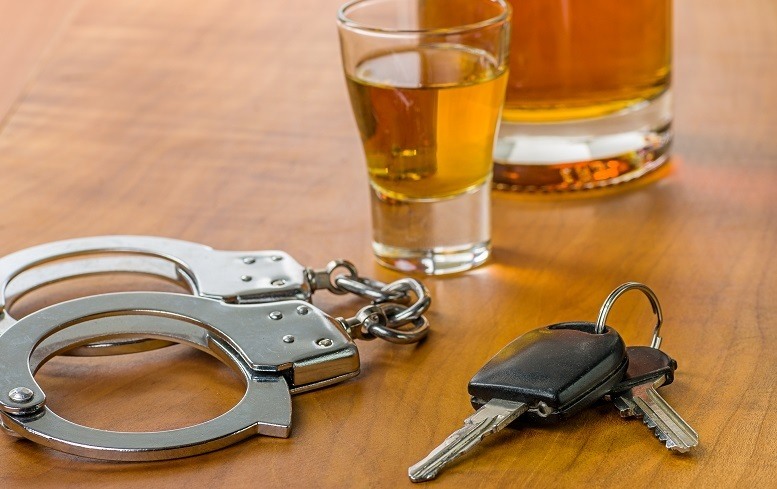 It’s normal for people to make mistakes. However, some mistakes come with more consequences than others. If you or a loved one have been charged with drunk driving in Texas, you need to take this offense seriously, because Texas officials and law enforcement officer do.

Although many get confused on the difference between a DWI and a DUI. Below is what you will need to know about the Texas laws and penalties of DWI and DUI.

Understanding what the term DWI means is important. The term stands for driving while intoxicated, but DWI does not refer only to alcohol.

DWI law in Texas means not having use of physical faculties by reasons of alcohol, drugs and controlled substances. Having a combination of two or more substances in the body can be considered driving while intoxicated also known as a DWI. For reference refer to the Texas Penal Code Section 49.04.

Being impaired by alcohol and having a blood alcohol concentration of 0.08 or more in the state of Texas will also be considered a DWI. A few other terms would be BAC, or blood alcohol content bac.

If you are charged with a DWI with alcohol and a controlled substance the charges could be elevated. Especially if you have illegal drugs such as cocaine and methamphetamine.

DUI (Driving under the influence of alcohol) and how does that differ from a DWI (driving while intoxicated)?

The biggest difference under the Texas law with a DUI and DWI is age. DUI apply to minors under the age of 21 who operate a motor vehicle. Motor vehicles are not only cars but can also be boats. DUI are given when any amount of alcohol is detected in a minor’s system according to Texas Penal Code 106.041.

However, if a minor has a high blood alcohol content or is under the influence of illegal drugs, the DUI charge can turn into a DWI charge with higher punishments. In the state of Texas, even marijuana is considered an illegal drug. If the minor has any prior convictions of a DUI, this could heighten the DUI charge.

Penalties and Punishments of a DWI:

With a first-time DWI offense, the maximum jail time is 180 days, or 6 months.

With a Class B misdemeanor when getting a DWI for the first time means you will have your driver’s license suspended up to 90 days and 1 year. If you are not convicted for a DWI, but you tested positive for a high blood alcohol content through a blood test, urine or breath test sample. In addition to your driver’s license will be suspended. Therefore, you need to know when to hire a Lubbock DWI attorney.

Texas fines for a first-time DWI offense can be as high as $2,000. You could also be required to pay fines over the next 3 years to keep your driver’s license. These fines can range from $1,000 and $2,000 per year.

Lastly, it’s possible you will be required to attend education programs such as AA for alcohol abuse. As well as being placed on probation. If you fail to attend and complete these programs, this could result in losing your driver’s license.

DWI with a minor

If you are driving while intoxicated with a child who is younger than 15 years old, the penalties are more severe. Even if this is your first DWI with no prior convictions, in the state of Texas this would be considered a felony with a fine up to $10,000 and jail time up to 180 days to 2 years. As well as losing your driver’s license and driving privileges for 180 days.

Being a second DWI offender, this will be considered a Class A misdemeanor. In addition to your fines will double from $2,000 to a $4,000 fine. You could serve up to 1 year in jail, which is double the maximum for a first-time offender.

In addition to, after you are convicted of a second DWI your license could be suspended for 18 months. As well as a $125 reinstatement fee after suspension.

With a third-offense DWI this would now be considered a felony in the state of Texas. You can be charged with a criminal punishment and serve at least 2 years in prison, and up to 10 years. In addition to prison time, you will also be fined up to $10,000.

Intoxication assault is when you cause severe injury to somebody while driving while intoxicated. This is also a third-degree felony which will carry the same penalties as a third-offense DWI charge.

Intoxication manslaughter is considered a second-degree felony in the state of Texas. This felony charge serves a higher prison sentence ranging from 2 to 20 years with a fine up to $10,000. With this conviction you must also serve a minimum of 240 hours of community services.

Penalties and Punishments of a DUI:

Because DUI are applied to minors, the punishments and penalties tend to be less severe. Please read below for more information.

A first-offense DUI is a Class C misdemeanor. The minor will face a fine up to $500 and will not have to spend any time in jail. Although, the minor can have their driver’s license suspended for at least 60 days. In addition to, the offender could be required to complete 20 to 40 hours of community service and education programs that pertain to alcohol abuse.

When you have two DUI offenses and receive a third DUI this now becomes a Class B misdemeanor. This offense could involve a fine of $2,000 and jail time up to 180 days for minors who are over the age of 18, but under the age of 21.

If you are facing any drunk driving charges, you now understand how serious the consequences of driving under the influence can be.

Most charges are based on faulty evidence. Reliable studies show breathalyzers have a 50% margin of error when compared to blood tests. There are many factors that could affect a breathalyzer reading. For example, age, gender, rate of consumption, emotional state, and medication.

Lastly, the police officers view of your driving could be inaccurate.

If you live in Lubbock County, Potter County, Randall County, Dallas County, Denton County, Midland County or Tarrant County, contact our law firm Texas Criminal Defense Group today for a review of your DWI or DUI case. We are the DWI Attorneys you want on your side specializing in DWI cases. DWI and DUI penalties and punishments are serious, and with that seriousness you need a legal team that will fight for protecting your rights.